The Finnish security firm F-Secure gains a large percentage of its business from corporate accounts and platform operators, but that doesn’t mean that it treats its consumer security suites as a ginger-haired child of indeterminate parentage and poor temperament. F-Secure 2013 focuses on keeping its security ahead of the curve, along with some ease-of-use improvements. However, as other suites emphasize their engine improvements along with an ever-expanding feature set, F-Secure Anti-Virus 2013 ($39.99) and F-Secure Internet Security 2013 ($59.99) remain steadfastly lean while still providing top-rated security.

Installation
Unlike last year, where F-Secure 2012 had a wonky double-installation process, this year’s installation was fast and pain-free. It even installed alongside a competitor, which we experimented with just to see if it worked — it’s not good computer security to have two suites running at once.

At around four minutes to complete the install, F-Secure isn’t as fast Norton or Trend Micro Titanium, but it’s definitely improved this year.

Interface
Aside from some jargon tweaks to make navigating easier to understand, there are almost no interface changes this year.

The main interface still presents itself as two clean, well-designed windows with three main sections. The Computer Security window offers Lies, Damned Lies, and Statistics. Just kidding, it’s really Status, Tasks, and Statistics. Below that are three buttons for quick actions: Scan, with a drop-down to choose which kind of scan to run; Check for updates; and Settings. Note that the blue-and-yellow shield on Settings means that the changing settings requires approving the User Account Control (UAC).

The Online Safety window has an identical design, but with big-buttoned icons for Users, Tasks, and Statistics, and quick links below for Restrict Web content, Restrict browsing, and Create new account. Note that all three of those, plus the Users and Statistics sections, require UAC control.

Settings are presented in an equally easy-to-navigate interface, with a basic column on the left for navigation and a main window to toggle controls. Settings opens in a separate window, as do many of F-Secure’s control panels, which works against the clean design by foisting clutter on unsuspecting users.

However, the absolute worst part of the interface is the new “launch pad,” which looks like a Windows desktop widget. It’s not, but it’s not clear what it is, either. It’s a nonpersistent launcher to access different parts of the suite, the only place in the interface from which you can switch between Computer Security and Online Safety. A third tab, F-Secure, takes you to the publisher’s Web site, with a drop-down that provides links to Support, Notifications, Settings, and Updates.

Its impact on your workflow is annoyingly counterintuitive. It disappears once you click on anything else on your monitor, so to switch between the major sections of F-Secure, you’ve got to continuously go to either your F-Secure desktop icon, or the system tray. Fantastic security means squat if you impede a user’s workflow. Now, this isn’t as bad as slowing the system to a crawl, but it’s really not a helpful design choice.

Features and support
When it comes to basic security, F-Secure 2013 offers a solid range of options but again, not many changes from last year’s version. Let’s start under the hood.

F-Secure excels at its security engine, and the most notable changes this year are how it interacts with your Web browser, and how its firewall works to protect you. Relying even more than before on the Deep Guard real-time protection network that was overhauled last year, F-Secure has supplemented the guards so that exploits that are accidentally downloaded get blocked. It scans all downloaded files automatically, too. If a file can’t be determined to be safe, F-Secure’s DeepGuard kicks in to keep an eye on its behavior. It will alert you if it detects anything untoward.

DeepGuard watches out for browser manipulation by malware by doing its filtering on the network level. This also allows F-Secure to protect your browsing session, regardless of which browser you use, without an add-on. This is key because security add-ons have been known to decrease browser stability.

Officially, the technology will work with Firefox, Internet Explorer, and finally Chrome, but because it’s browser agnostic, it ought to work with any browser the user wants to run.

F-Secure’s network level monitoring spans the gamut of protection, and strengthens its e-mail and spam protection, too. Other changes include a new feature to allow parents to limit browsing time in any browser from the F-Secure interface, and IPv6 support.

File analysis by the suite is based on the age of the file, its prevalence among F-Secure users, how the file made it onto your hard drive, and its digital signature if it has one. Suspicious files are automatically quarantined in a sandbox that’s actually a virtual machine. The file is executed safely, and if that reveals nothing conclusive, then the file is monitored as it runs under a kind of “parole” system. If it misbehaves, it gets thrown back into the clink and removed from your computer. F-Secure says that this protocol is effective against heavily encrypted malware.

The suite uses both a cloud antivirus database that it calls to for supplemental security verification, but it also relies on the local database. E-mail protection is comprehensive, and works with POP, IMAP, and SMTP. There’s also a spam blocker and phishing protection.

Both the full-featured Internet Security version and the more basic Anti-Virus version are a bit light on features when compared with their competitors, and they’re priced about the same as the competition, too. F-Secure Anti-Virus 2013 comes with antivirus, anti-malware, and only basic privacy protections. Even Web guards are only in the upgrade to Internet Security.

Yet it lacks some obvious options, like a silent gaming mode, online storage or backup, or a secure file shredder. While not required, when the competition offers features you don’t, it makes it hard to compare fairly.

The feature thinness isn’t new, as it’s been a common complaint about F-Secure. However, as you’ll see in the Performance section below, it hasn’t hurt the suites’ effectiveness at blocking the bad guys.

Description: F-Secure’s portfolio has been built on a desire to be first. From three decades of experience stopping advanced cyber attacks, we’ve developed a passion for taking on the world’s most potent cyber threats. This teaches us how attackers defeat defenders. With these insights, we’ve pioneered threat hunting and been at the forefront of the movement away from traditional forensics to continuous real-time response.

With these insights, we’ve pioneered threat hunting and been at the forefront of the movement away from traditional forensics to continuous real-time response. 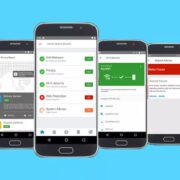 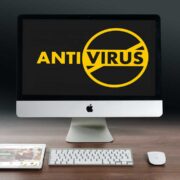 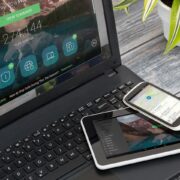 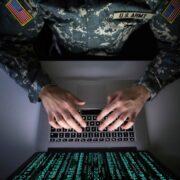 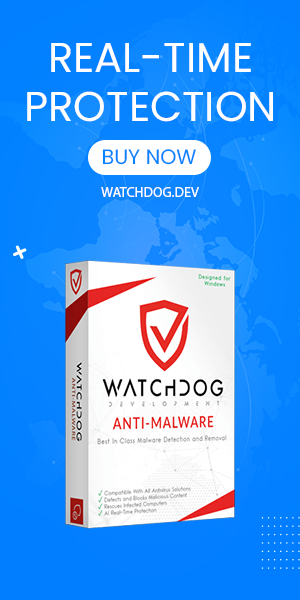